Like most, I have a few boxes full of music related mementos I find myself rummaging through from time to time. These boxes serve as somewhat of a time capsule, often revealing my history of passion and obsession with music. Pictures, stickers, band art and ticket stubs serve as a GPS tracking my journey in life. As I’ve recently taken to pulling  boxes from the shelves of my living room closet. I’ve come to find some of my earliest musical influences, outings and missteps.

Dahlia Seed (1992-1996) was and is a perfect example of how it was always the lesser known bands that left the biggest impression on me both musically and personally. The ones that carved out their reputation playing VFW Halls, the basements and homes of friends even more often than the stages of local clubs, dive bars and venues. While I was able to catch Dahlia Seed live numerous times at places such as Maxwell’s, Tramps, ABC No Rio and a few scattered basement and VFW shows.

My interaction with the band often focused on singer Tracy Keats Wilson who I had interviewed for a never published fanzine. Aside from the interview and a scant few exchanges at shows and her employment at the not so local, yet thoroughly awesome Flipside Records in Pompton Lakes, NJ.  That was it until years after Dahlia Seed disbanded.

During the years of Dahlia Seed’s very influential existence. I consumed every release, wore the shirts and even had one of my images of Tracy adorn the cover of their split 7′ inch with Greyhouse. While each remain vital to both my wardrobe and ears. It’s the little, makeshift piece of art created and passed to me by Tracy herself that remains most special to me. Maybe it’s because neither myself nor it’s artist have any recollection of how or why it was made and just how it came in to my possession. Questions that remain unanswered. Ones that perhaps best remain unanswered in order to preserve a hint of mystery. Needless to say, pulling this from a random box brought back a lot of good memories. A scan of it shows it in it’s almost original condition some twenty years later.

Years later I’ve remained in contact with Tracy while forming friendships with former members Darin, John and Chris. Dahlia Seeds music still inspires me and Tracy remains the one and only performer who can give me the chills while making the hairs on my arm stand on end. That’s pretty damn impressive. J.D. 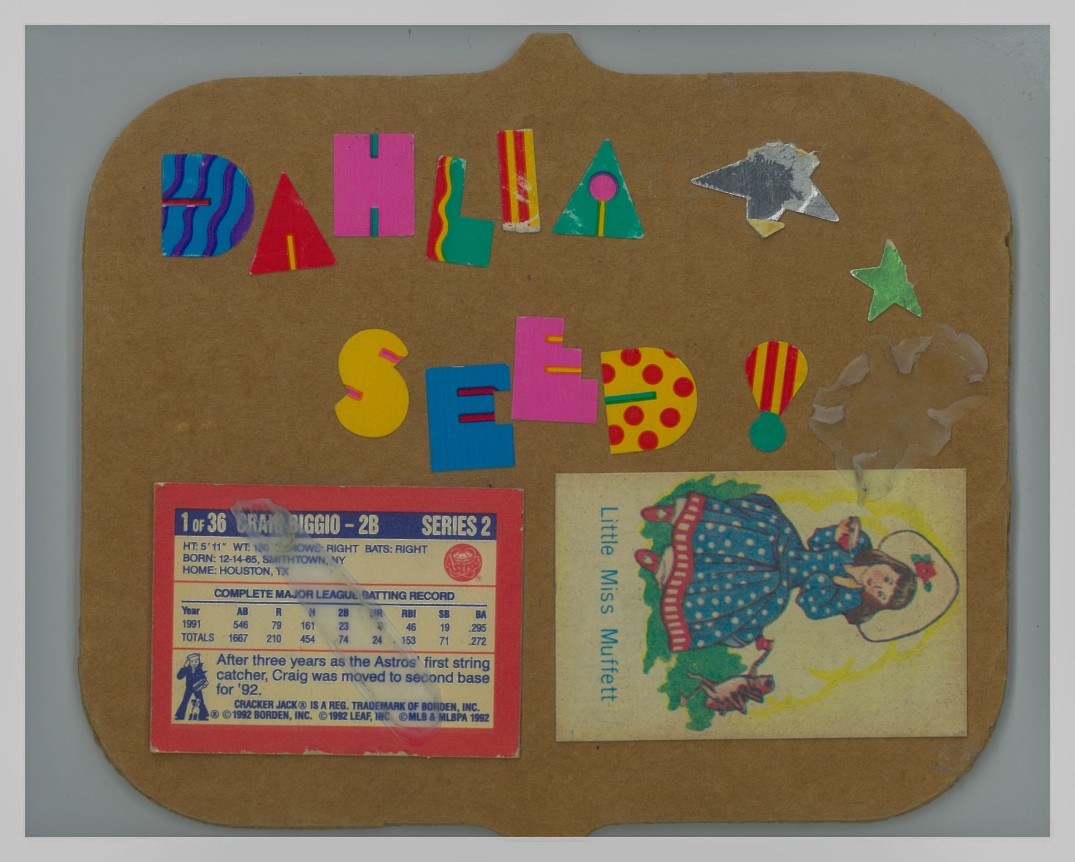