Having started Document Fanzine less than a year ago. We really haven’t gotten to the point where we’re getting a whole lot of submissions for reviews. (Something I sincerely hope changes in the near future.) Interesting how the ones we’ve received have either come from publicists peddling music we, or at least I, have no interest or intention of taking the time to review. Or, as in this case. Bands from far away with something more up our alley . On what I believe is the band’s debut 7 inch. Power Face get right t 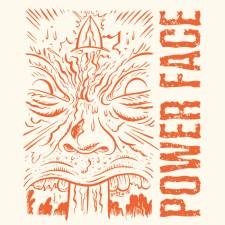 o the point and up in your grill with a fast paced, raw Hardcore sound that’s sprinkled with elements of Speed Metal. (Most evident in the bands potent guitar assault.) With six of the seven songs coming in at under two minutes. There’s really little room for any break downs or mosh parts, which is fine. Not bad for what it is. Still, nothing that would really inspire more than a casual listen. On the down side. Power Face have some of the worst vocals I’ve seen in quite a while. Something I would have most likely missed if the actual lyrics weren’t included. “Come with me if you want to live. Walk the road of fire and sin.” Lead me to think this band is either in middle school or just don’t have a lot to really talk, or in this case, sing about. Not that I’m saying a Hardcore bands lyrics should change the world. Personally, I just prefer a little less role-playing in my Hardcore music. Not bad, but nothing special either. Proceed with caution. Power Face don’t really offer much in the information department on their social media pages. Regardless, I’m leaving a link to the bands music. This way, you can form your own opinions.  JD